Build a better
next century
for young people.

How are Finland’s youth doing? What kind of new opportunities do young people want and need? How could young people be even happier?

The Vuosisadan Rakentajat (Builders of the Century) challenge prize is open for everyone and focuses on youth. We are looking for ideas that improve young people’s wellbeing and enable them to participate in society more fully both now and in the future. The prize is a gift from 44 Finnish foundations and trusts to Finland as the country celebrates its centenary of independence. 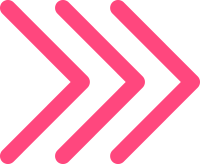 By abilities to support the wellbeing of young people we mean things such as skills related to self-awareness, life and personal economy maangement, social relationships and health. These skills enable young people themselves or people involved in their everyday lives to support their social, mental and physical wellbeing.

By participating in society, we mean activities and a sense of belonging in a community, which may be related to education, work, hobbies and leisure activities or societal organizations.

By people involved in the everyday lives of young people, we mean for instance families, friends, teachers, neighbours, leisure activity instructors and coaches as well as others with whom young people interact in their daily lives.

What does participating in the challenge competition mean in practice?

Begin by familiarizing yourself with the challenge. Then think of an idea that will answer it. Assemble a team around the idea, with at least three different persons or organisations in it.

Before submitting the idea you are advised to participate in the application clinics, where you will receive help with designing your idea and answers to all questions related to the competition. They will take place in Helsinki on 22.11.2016 and 18.1.2017. Specific times and locations will be announced later on this website.

Remember to submit an application by 1.2.2017. After that the jury will select the finalist teams. If you make it to the final you will be notified personally. The teams who have made it to the final will be announced in the beginning of March 2017.

The journey of the finalists begins on 9.3.2017, when the teams will present their ideas to the foundations. After that there will be a joint trip to a two-day boot camp during 16.-17.3., where participants will spend the night and solutions will be intensively developed. Thereafter we will convene at workshops once a month, where a different topic will always be addressed. Every workshop will develop the teams’ ideas and move them toward a real, implementable solution.

The competition final is on 6.9.2017. There, the teams will present their finalized solutions to the jury. After that the jury will withdraw to choose the winners, who will be announced in the closing ceremony on 1.10.2017.
That’s when the winners’ work really begins: they will use the prize money to start making their solution real.

What kind of solution can win?

The solution proposals selected for the challenge competition will be evaluated based on these criteria: